Battle of the Bulge museum with giant King Tiger 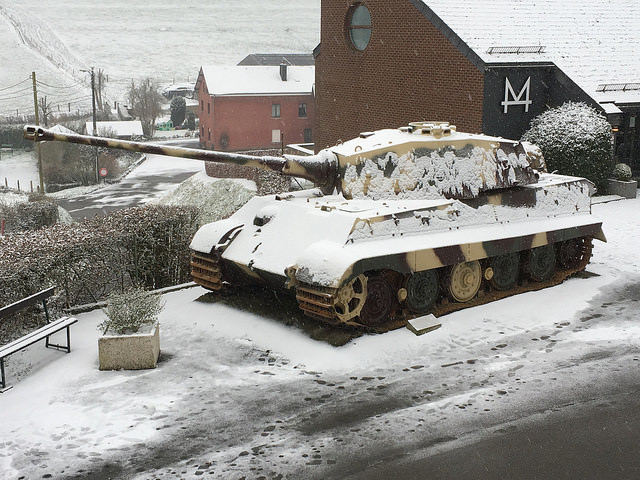 Battle of the Bulge village museum

The Battle of the Bulge is the theme of this museum . Reconstructed scenes of the battles of December 1944 bring history to life. 17 dioramas show 85 fully equipped soldiers from both the Axis and the Allies . Many weapons, uniforms are displayed, but also equipment photos, maps and other information from the devastating events around the village La Gleize.

In December 1944 one of the spearheads of the Ardennes Counteroffensive was brought to a halt at La Gleize. An elite unit of the 1st SS Panzer Division, had a mission to force a passage towards the Meuse. Kampfgruppe Peiper was the name of this unit . The U.S. military had all the roads passable for tanks to the west under control. At one point the way back for this German unity was cut. Leaving behind some 136 armored vehicles and tanks , Taskforce Peiper marched to German lines under cover of the night.

The Tiger II , also known as King Tiger , which is standing in front of the museum, is one of the tanks Kampfgruppe has left at La Gleize. This Königstiger is one of the heaviest tanks in the Second World War. Because of that, this tank was the most feared by the Allies. 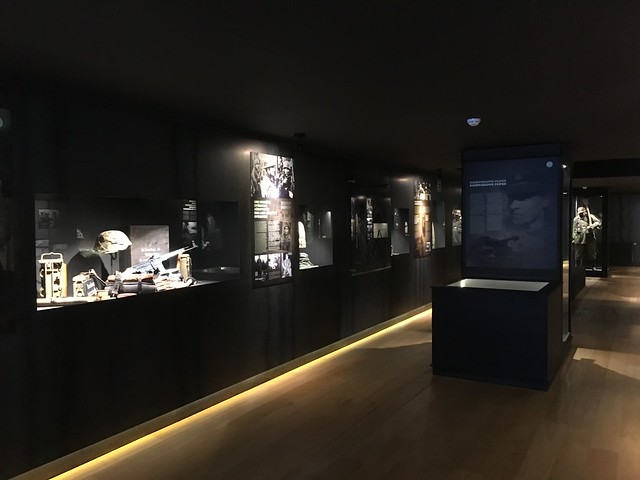 This museum is focussed on the Battle of the Bulge, while not being a big museum, there is enough to see for about 1,5 hour.

La Gleize is the village where a spearhead of the German counteroffensive was bogged down. Fuel shortage was big problem for this unit, which among other factors, commander Peiper eventually ordered the demolishement of all vehicles. All wounded German soldiers who could not walk, were left behind. The rest walked back to the German lines during the night. 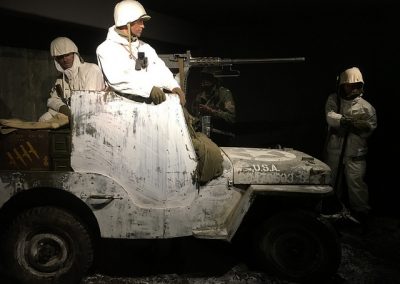 Jeep with 50 cal machine gun at the December 44 Museum 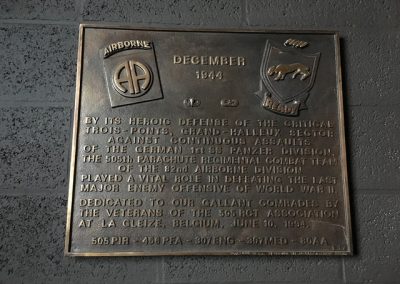 German troopers searching a house at the December 44 Museum 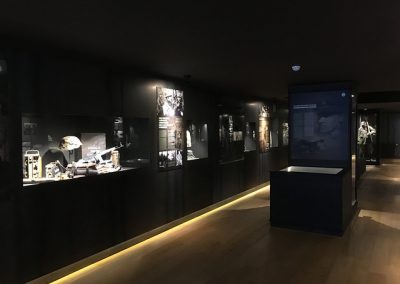 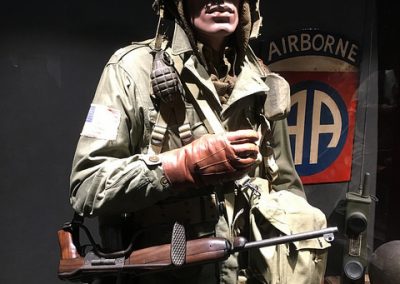 82nd paratrooper at the December 44 Museum 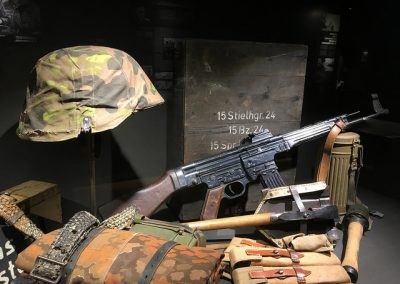 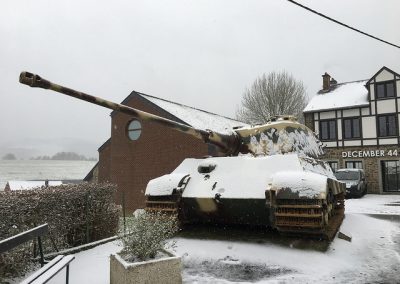 King Tiger in front of the December 44 Museum 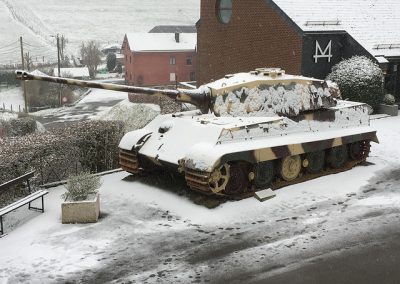 King Tiger at the December 44 Museum at La Gleize 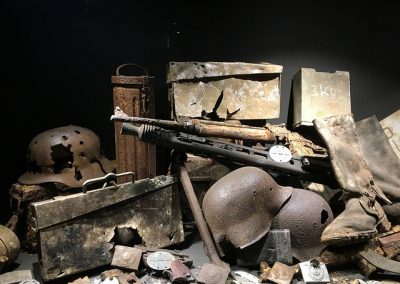