Battle of the Bulge museum 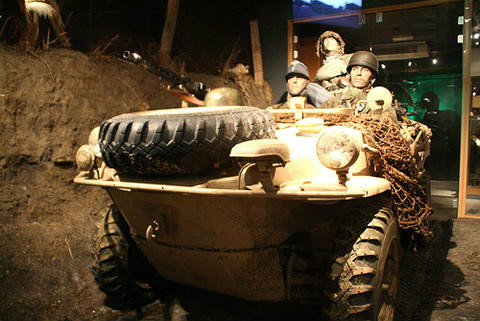 The museum was modernized and expanded, reopening was in March 2014. Besides historical information the museum The theme of museum “Baugnez 44” is the Battle of the Bulge. At the end of the Second World War Hitler launched The Ardennes Offensive. Under the name “Wacht am Rhein” the German army was to break through the Allied linies, cross the Meuse and eventually conquer the port of Antwerp. Spearheads of the German armored divisions were trying to capture bridges over the Meuse as soon as possible. One of the armoured spearheads was Kampfgruppe Peiper. Peiper and his taskforce are known of the war crime at the village Baugnez. This museum is located right next to the crossing where on December 17, 1944 this tragedy happened. “Baugnez 44 Historical Center” wants to commemorate this war crime.

This museum is about the Battle of the Bulge, and is situated near the crossing where a German SS unit killed many already captured American soldiers of a Artillary unit.

Not a big Museum

Baugnez 44 is not a big museum, but certainly well worth a visit, The museum has a museum shop and a restaurant, you can easily spend up to 2 hours at this place. 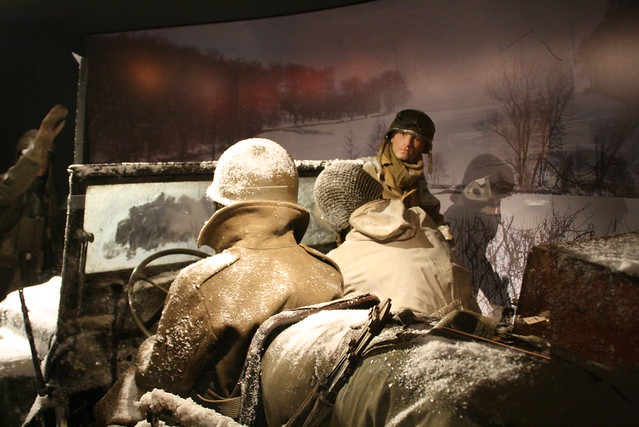 Click on the image for some more photos of Baugnez 44 Historical Center.